o   The dike could reach the Earth’s surface causing another eruption, possibly on a new fissure. Lava flow and (or) explosive activity cannot be excluded.

o   The intrusion reaches the surface and another eruption occurs where either the fissure is partly or entirely beneath Dyngjujökull. This would most likely produce a flood in Jökulsá á Fjöllum and perhaps explosive, ash-producing activity. 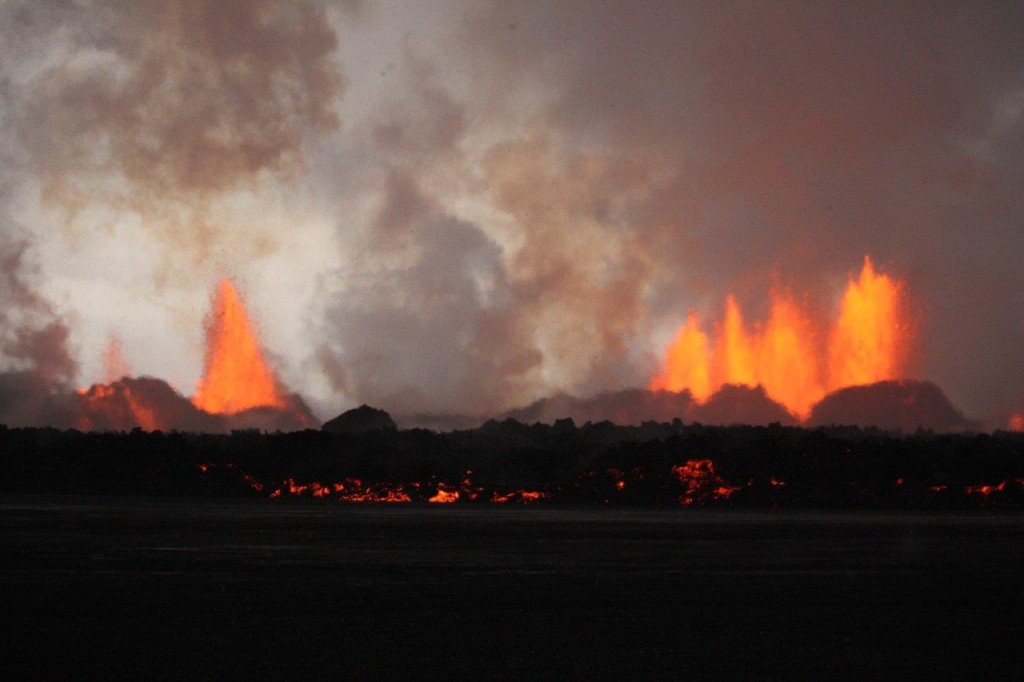