The volcanic eruption in Holuhraun continues into the new year, 2015, with similar intensity as it did in the last few weeks of the old year. Lava is still flowing in tens of qubic meters per second from the crader, building a constantly growing lava field in the sandy area north of Vatnajokull glacier. The lava field is now 84,1 km2, according to Institute of Earth Scienses UI from 10.01.2015.

Below are few images of the lava field in Holuhraun from satellites. The first image shows the lava field covering the Reykjavík area to give a relative comparison of its size.

The Civil Protection Scientific Advisory Board is still meeting regularly, twice a week, to consult and evaluate the progress of the eruption. The notes from the meetings can be found here on our page in pdf. Here are the main points from the yesterday’s meeting: 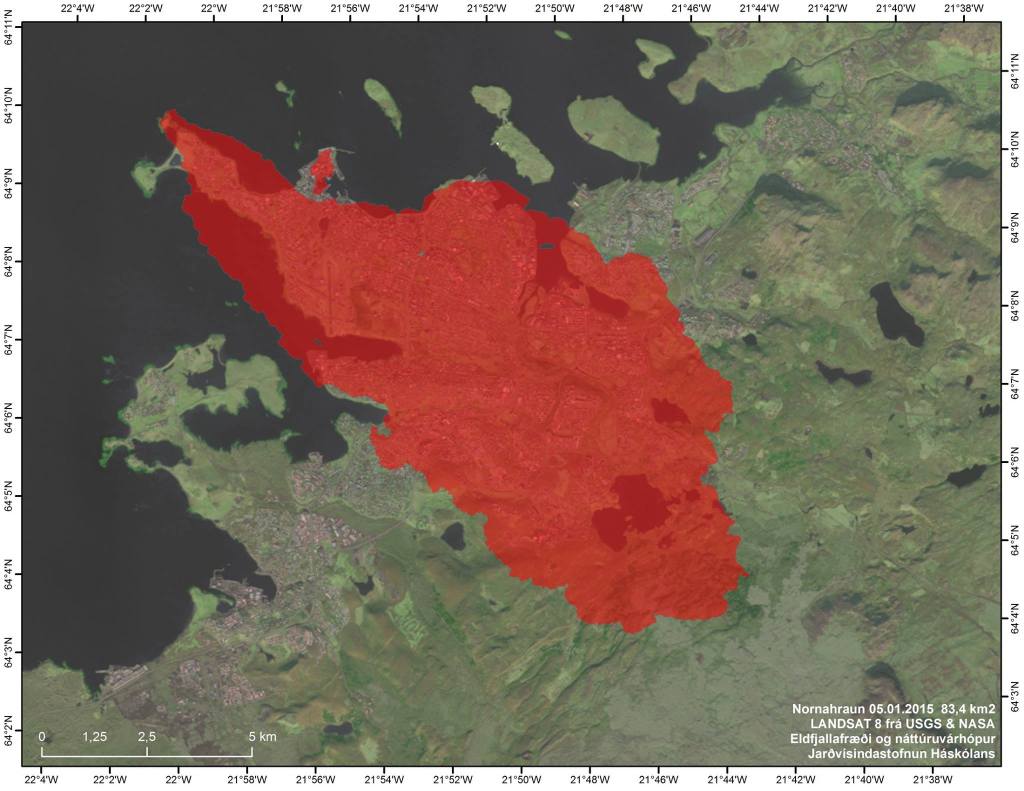 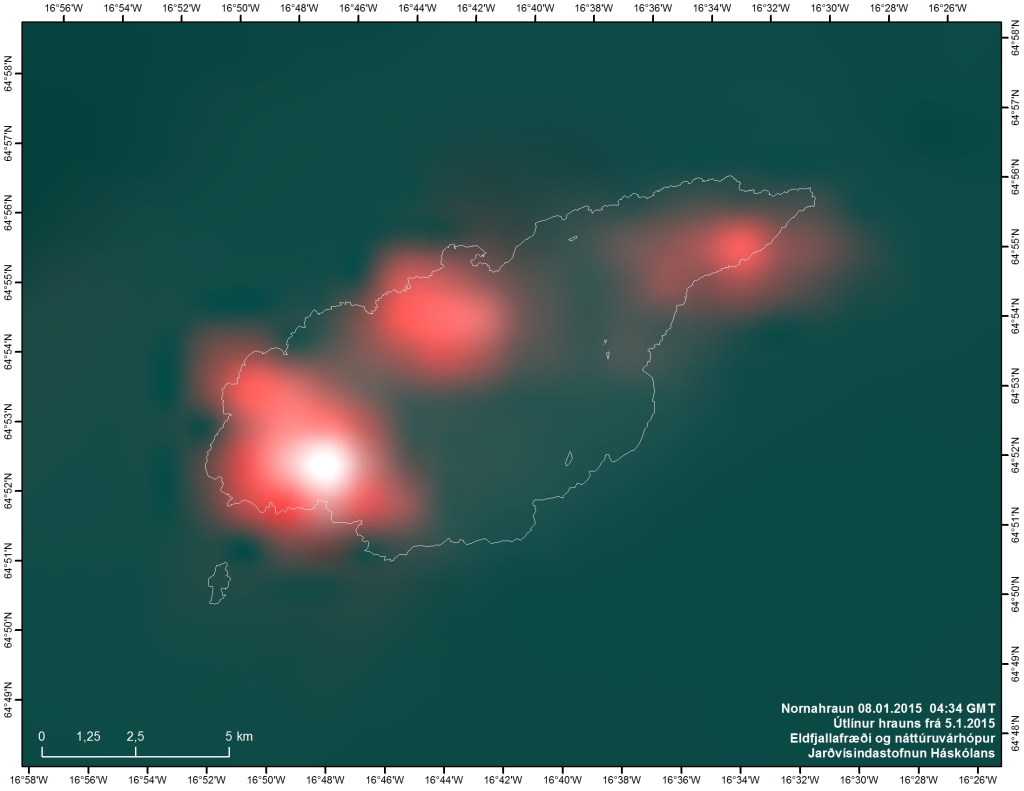 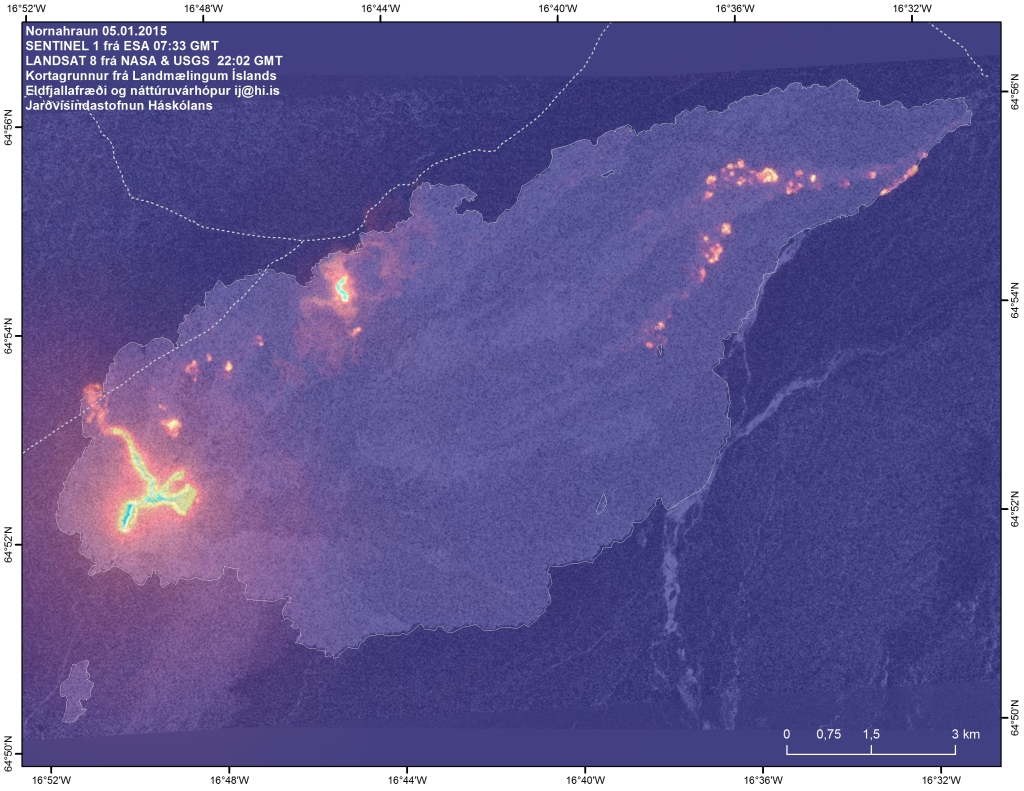 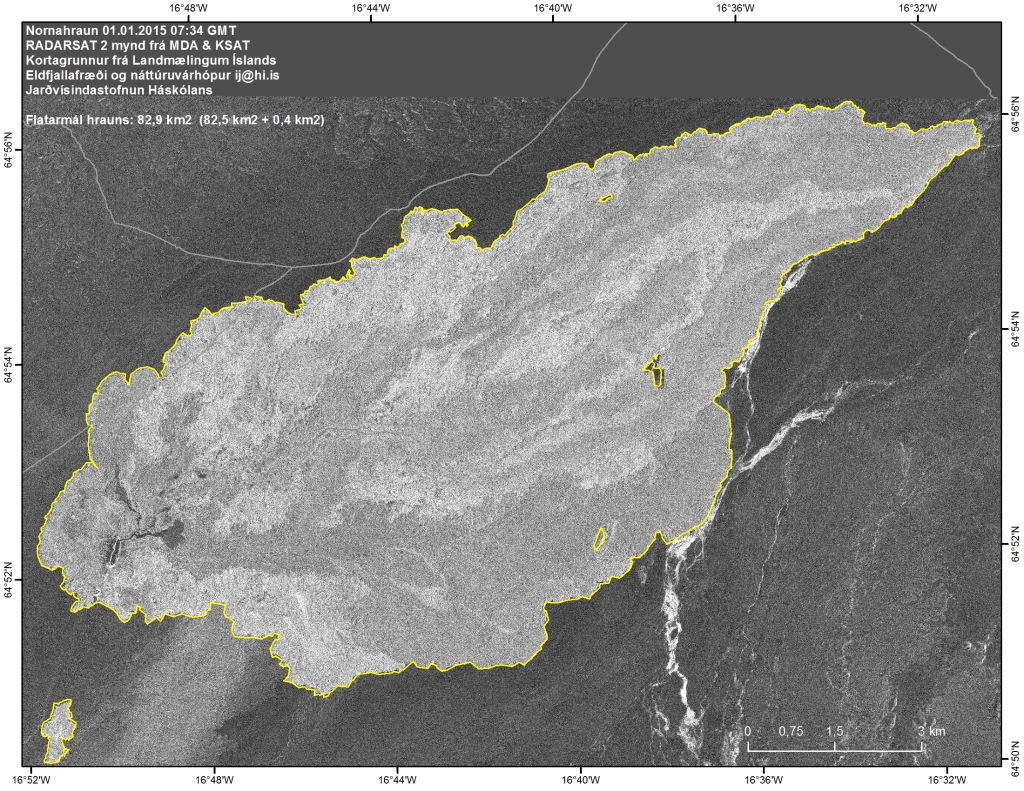 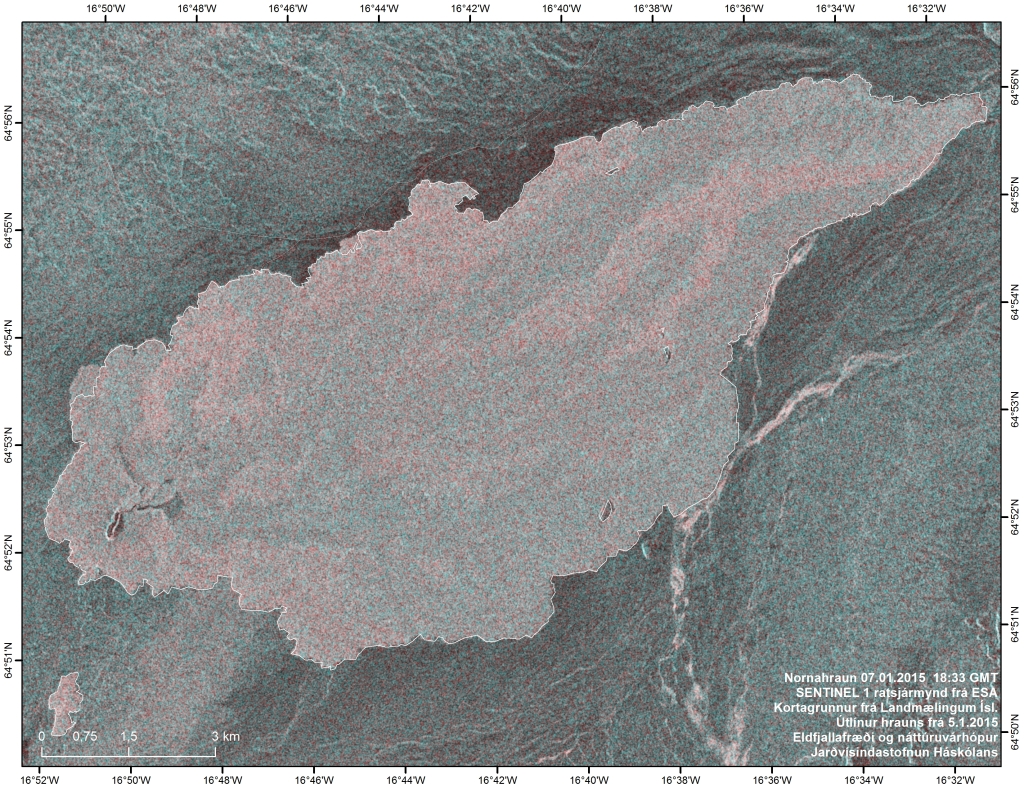 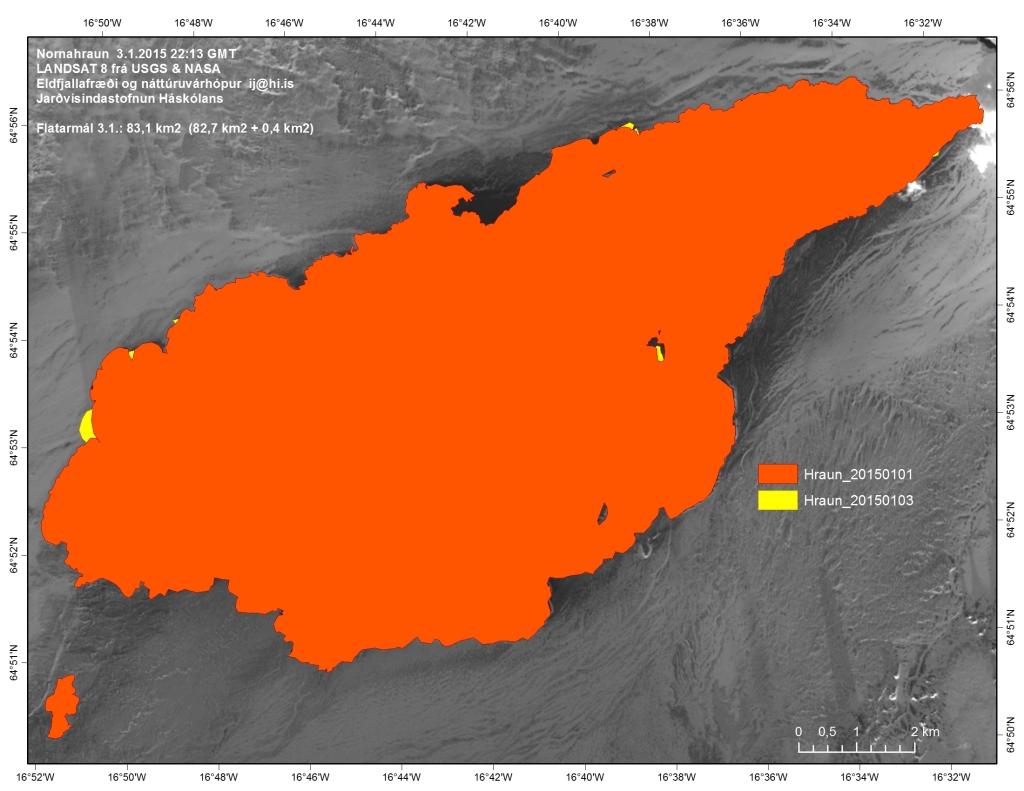