The Scientific Advisory Board of the Icelandic Civil Protection met yesterday, 8. December, as it does regularly three days a week. The scenarios, for the most likely development of the volcanic eruption in Holuhraun and the subsidence of Bardarbunga caldera, were reviewed at the meeting. As all devoted readers of our notes (published here) know, the Scientific Advisory Board recently concluded that the most likely development of the volcanic eruption, given the course of events until now, would be for it to continue for few months more. The eruption, which started on 31st of August, has now lasted for 100 days. A good overview of the eruption until now can be read here.

Below are the main points from the Scientific Advisory Board meeting yesterday and the updated scenarios. At the bottom of the page is an satellite image from ESA showing the lava field on December 5. The image is edited by the Institute of Earth Sciences, University of Iceland. 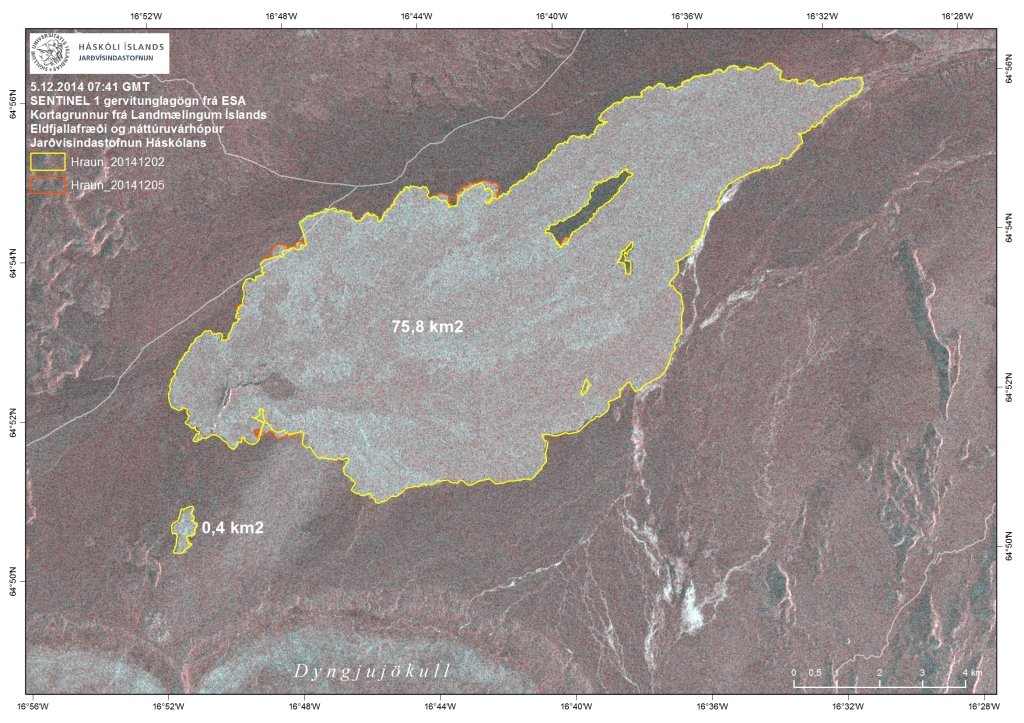