The Icelandic Met Office has sent out an storm warning for Sunday and Monday. There will be no weather for travelling in Iceland on Sunday and Monday. People are advised to look after loose things that may be caught by the strong wind such as trampolines, gardening furnitures and bicycles.

Here below is a text from the Icelandic Met Office web site.

On Sunday: Increasing southeast wind, 18 to 25 m/s in the afternoon and sleet or rain, considerable precipitation in the south and west parts. Temperature 0 to 7 deg. C, but light frost in the northern part until afternoon. Becoming west and southwest 20 to 30 m/s by evening and night, first in the south. Cooling again with snowshowers.

On Monday: Southwest 18 to 25 m/s in the morning, 13 to 20 after noon. Snowshowers, but clearing in the northeast and east parts. Cooling, temperature around freezing point late afternoon.

On Tuesday: Southwest 10 to 18 m/s with rain or sleet and somewhat rising temperatures. Southwest 15 to 23 after noon with snowshowers in the western part and cooling again.

On Wednesday: Southwest 8 to 15 m/s and snowshowers, but fair in the eastern part. Temperature around freezing point.

On Thursday: Southwesterly or variable wind and widely precipitation. Temperature around freezing point.

On Friday: It looks like north wind with snow in the northern part, with frost in all parts. 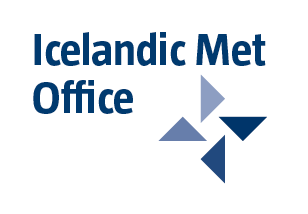