o   Two new eruptive fissures formed south of the previous eruption site in Holuhraun, in a graben, that had formed above the intrusion, about 2km away from Dyngjujökull.

o   The eruptive fire fountains from the new fissures are substantially smaller than in the older fissure. Steam and gas rises in a south eastern direction from the fissure.

o   The cauldron in Dyngjujökull seems to have grown deeper since the last observation.

o   No changes are visible in Bárðarbunga.

There are no indications of the eruption in Holuhraun being in decline. The lava from fissure 1 continues to flow to the east north east and has grown in area since yesterday.

o   The dike could reach the Earth’s surface at different locations outside the glacier. Lava flow and/or explosive activity cannot be excluded.

o   The intrusion reaches the surface and another eruption occurs where either the fissure is partly or entirely beneath Dyngjujökull. This would most likely produce a flood in Jökulsá á Fjöllum and perhaps explosive, ash-producing activity. 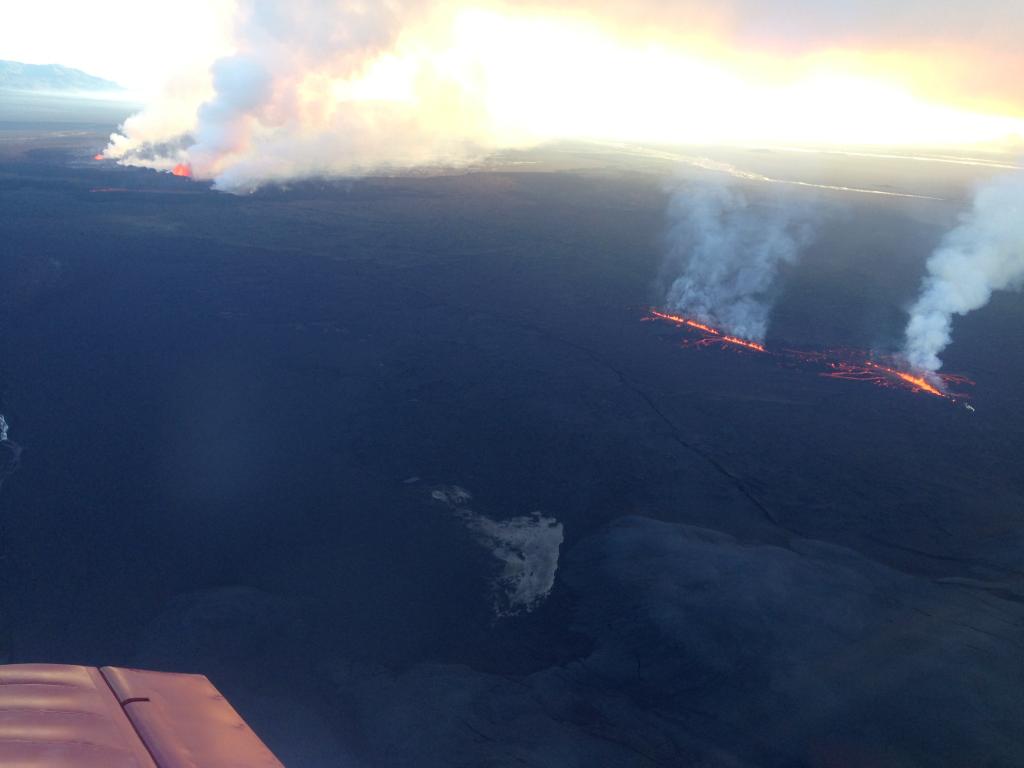 The new fissure that opened 5. September 2014. Photo by Lára Ómarsdóttir.