In the surveillance flight yesterday the ice-surface at Bárðarbunga was measured with the radar system of Isavia’s aircraft. The measurements show large changes on the ice-surface. Up to 15 m subsidence has occurred in the centre of the caldera, which corresponds to a volume change of 0.25 km3. The shape of the subsidence area is in accordance with the elevation of the caldera floor having lowered by that amount.

In the surveillance flight yesterday a shallow, wide depression was observed on the surface of Dyngujökull, 10 km from the glacier edge. Another depression 6 km from the Dyngjujökull ice edge, which has been monitored over the last few days has deepened and is now 35 m deep.

The eruptive activity at Holuhraun is the same as yesterday.

Seismic activity has decreased since yesterday. Approximately 90 earthquakes have been detected since midnight. One earthquake, of magnitude 5 was located in the Bárðarbunga caldera at 05:40 UTC. 14 earthquakes of magnitudes greater than 5 have been located since 16 of August.

Deformation changes since yesterday, measured with GPS north of Vatnajökull are small. 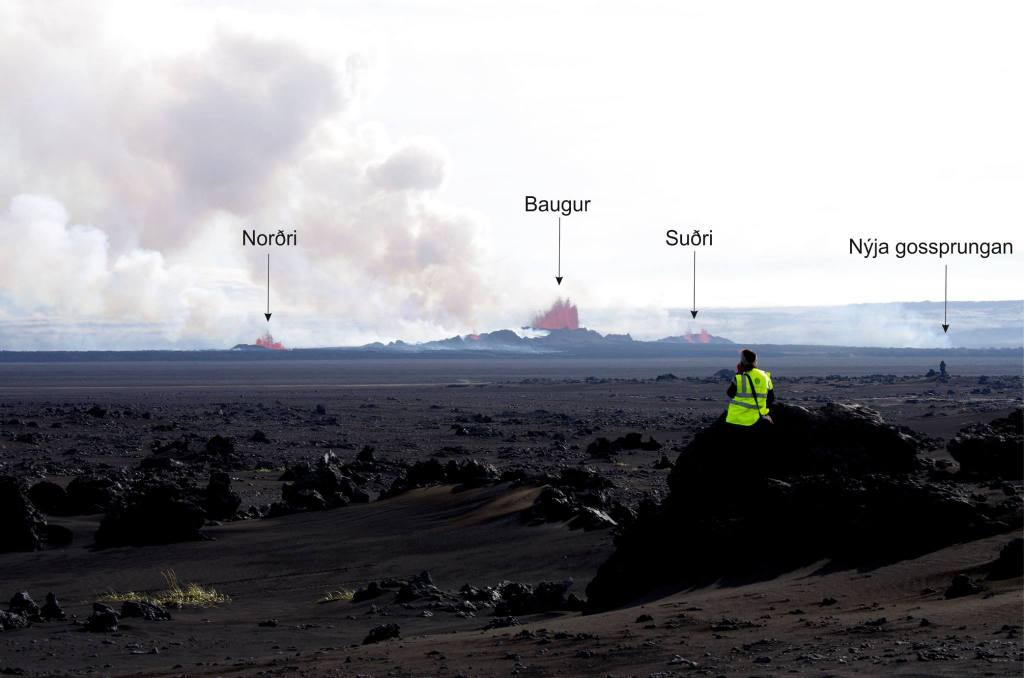 Picture showing the volcanic eruption in Holuhraun on 5. September. The text reads from left to right: North end of fissure, Baugur (the middle crater), South, The new fissure (that opened on 5. Sept.). Picture Institute of Earth Scienses University of Iceland.