o   The lava tongue now extends 11 km to the north and has reached the western main branch of Jökulsá á Fjöllum river. However, no explosive activity due to the lava and river water interaction has been observed, but steam rises from the lava.

o   A white eruption cloud rises 3 – 4 km and is directed to the north and northeast.

o   The dyke could reach the Earth’s surface at different locations outside the glacier. Lava flow and/or explosive activity cannot be excluded.

o   The intrusion again reaches the surface under the glacier and possibly leads to a significant eruption. This would most likely produce a flood in Jökulsá á Fjöllum and perhaps explosive, ash-producing activity. 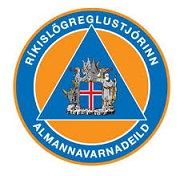